How Important Is A Logo? 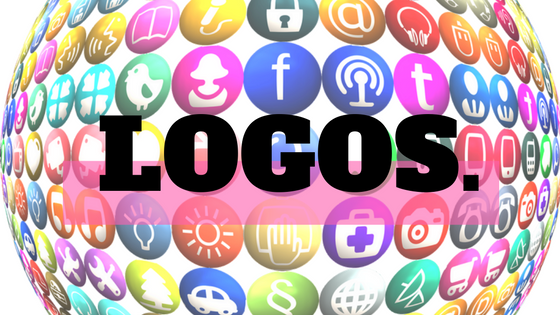 14 Nov How Important Is A Logo?

Just like eyes are the windows to the soul, logos could be seen as the windows to the soul of the company. And logos do seem like a pretty big deal lately. Some of you may have noticed the recent changes in the logos of big corps that tend to take the media and general public by storm — Instagram, Lenovo, Google. The bigger a company you are, the more people are going to have — and voice — an opinion about your design choices. But how important is a logo to a company, really?

To improve your brand name, the first important thing is Website Logo. Let’s see how American Business Center at Pinellas FL assists to learn which factors makes impact on your website.

Core identity in a few pixels

The history of logos can be traced back to the 13th century, when goldsmiths and paper makers used specific symbols as trademarks and quality seals on their own products. This gives us the basic idea about the purpose of logos: earning the customer’s trust and guaranteeing the product’s quality.

A good logo serves as a shortcut to your current and potential customer. It should be a) simple and b) comprehensible, so that when they take a look at it, they know what the business is about. The main purpose of a logo is to quickly sum up the company’s identity, and give an idea about its values and approach to work.

Picking a good logo can help your business establish itself among the other businesses and stand out. But it’s not just the logo by itself; the logo is the basic unit of your company’s design as a whole, which contributes to the way people perceive your business. For example, technology and IT companies often prefer futuristic, angular logos to show speed, while service-oriented firms or restaurants have rounded logos to provide a sense of tradition, service and trust.

A well-made logo will make your potential customers feel exactly the way you want them to feel when they take a look at it. Think of the correlations between your emotions and seeing the Pixar logo, the Kraft Foods logo or the bitten Apple. It’s the emotional response and instant recognition that a good logo should be going for.

How to make a good logo?

There’s no instant recipe for a good logo, because it all depends on the kind of business your company does, on the core values you want it to represent, and on the effects you want it to have on people.

At chron.com* they list the four basic types of logos you can choose from:

“Textual logos use recognizable words as the logo (example: Walt Disney). The words appear in unique fonts, shapes and sizes.

Illustrated logos are an illustration used as a logo (example: Pepsi-Cola’s red, white and blue circle).

Symbolic logos tend to be abstract in design and can work well internationally (example: Nike’s swoosh).

Combination logos are any mixture of the other three types. An example of this is FedEx, whose textual logo also contains the arrow symbol in the white space between the capital E and the x.”

If you want a solid piece of advice on how to make a good logo, here it is: find someone who does logos for a living and pay them to make you one. Self-made logos tend to be low quality, whether it’s the typography, the colors or other aspects, plus keep in mind that your logo will need to be put on all kinds of places once you make it official, and only an experienced professional will be able to scale and set it up for the right effect everywhere. The rest of your design (your website, your newsletters, your merch – if you have any) should then correspond aesthetically to the design.

If you’re not willing to make that kind of an investment, it’s better not to have any logo at all than having a poorly-made and unprofessional one.

When the goods suck, putting a nice sticker on them won’t help

Concentrate on performance rather than good looks. This is a fact that every designer and successful business owner will tell you, and it’s especially true if you’re just starting out. Ultimately, people are after quality products and services, and if they come in pretty packaging with a great logo on top, the better. But the first step for getting in your customers’ feeling the way you want them to is to deliver excellence. Great service will bring you success even without a logo. In the opposite case, though, even the smartest, crispest and most spot-on logo in the world won’t help.