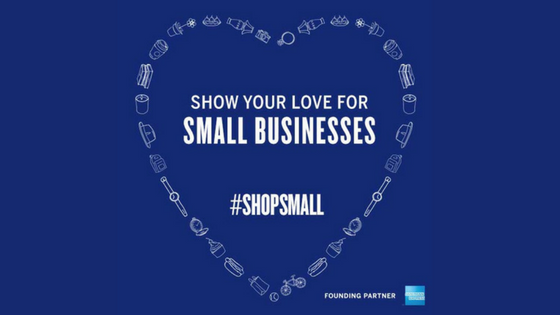 If you’re a small business owner, employee or fan, a certain event that takes place on Saturday after Thanksgiving surely didn’t escape your attention. That’s right, I’m talking about the Small Business Saturday.

In case you’ve been living under a rock, let me briefly introduce this excellent event. The shopping holiday was first introduced by American Express in 2009 (the official launch was in 2010) as a marketing campaign that consisted in an effort to help small companies that were still suffering the consequences of the Great Recession. And it actually turned out to be a great idea; on its third year in 2012, consumers spent an estimated $5.5 billion at small retailers on Small Business Saturday. That amount nearly tripled in 2015 to $16.2 billion. AmEx, together with Federal, State and local governments, help organize the events on local levels, as well as promote all kinds of businesses on various channels.  As you can see, it’s a huge event of utmost relevance for small businesses all across the US.

What started as an AmEx marketing campaign (a really good one, if I may say so) turned into an enormous event that takes the media and social channels by storm. Originally, AmEx offered a credit of $25 to anyone who shopped in a small business on SBS. That amount decreased until it ceased completely – nowadays, it’s the small merchants who are being rewarded for participation by getting marketing and promotional support before the big day.

There are several reasons why I’m a big fan of this event. And although I accept and respect the criticisms, I still think that whatever the original motivation was (and truth be told, it really was a marketing move of a huge corporation), the effects took off incredibly and the event is living its own life now.

Reasons why I’m a fan:

But as I already suggested, it’s not exclusively praise that you can find on the topic of SBS. Some say it could be perceived as offensive and demeaning for small vendors, like some sort of charity organized by the big players to show off their influence, while helping struggling small companies catch up. But every sane business owner will know that even a 300% turnaround in one day will not save a company’s life.

I like to view SBS as a balancing weight to Black Friday and Cyber Monday that both get overruled by major brands with hundred-thousand-dollar marketing budget, rather than an “offensive charity”, as some choose to call it. Like I said, everyone’s entitled to their opinion, but I think that the numbers speak louder than words:

As cnbc.com reports, this year has been an extremely successful one: “An estimated 112 million shoppers showed their support for Main Street on the seventh annual Small Business Saturday on Nov. 26, setting a new record for the retail event… Also adding to the momentum of the day, an impressive 72 percent of U.S. consumers now know about Small Business Saturday.”

You can read more about the history and philosophy of Small Business Saturday on the American Express official website.

How did SBS affect your business this year?